Beyond Borders: Stories of Interfaith Friendship 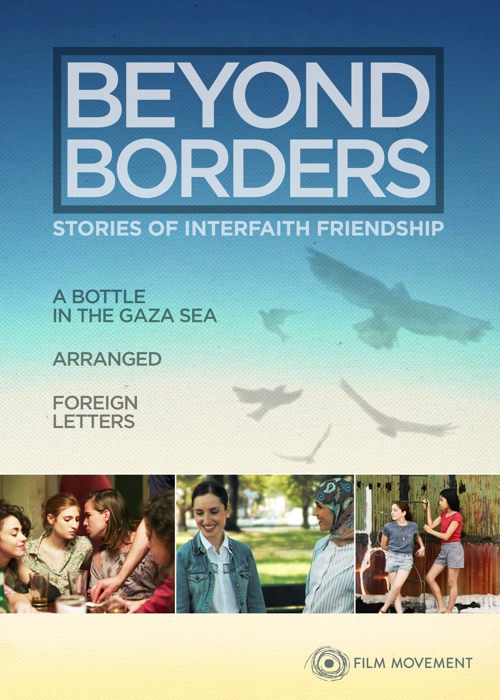 The friendship between two people can lead to a better understanding of their different faiths. All three award-winning features in the box set BEYOND BORDERS reveal how discrimination and fear of the other can be resolved through individual connections. Included in the set are:

A Bottle in the Gaza Sea (2013), Thierry Binisti's drama about the relationship forged against all odds by an Israeli girl in Jerusalem and a Palestinian boy in Gaza;

Arranged (2007), Diane Crespo and Stefan C. Schaefer's romantic comedy about an Orthodox Jewish woman and a Muslim woman who meet as first-year teachers at a Brooklyn public school; and

Foreign Letters (2012), a comedy-drama from writer-director Ela Their, set in the 1980s and centering on an Israeli girl newly relocated to the U.S. and a Vietnamese refugee who becomes her friend in this strange new land.

Includes 3 short films: A Summer Rain, directed by Ela Thier; The Raft, directed by Jan Thuring; An Oasis on the Hill, directed by Igal Kohen.
Includes Director's statements for each film.