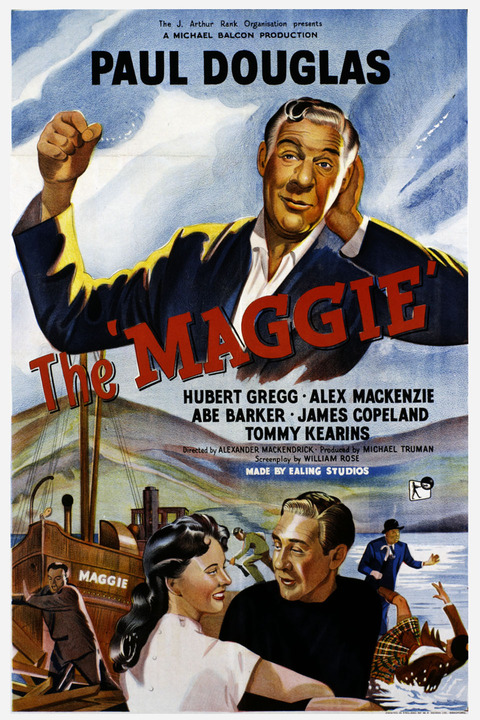 'Maggie' is one of the fifty-odd puffer boats which chug among the Western Isles of Scotland. Squat, unprepossessing, and badly in need of paint, she is destined for the scrap yard unless her skipper can get her repaired. This seems a forlorn hope - until Mr. Pusey makes his mistake. Mr. Pusey works for the high-pressure American businessman, Calvin B. Marshall, who has a valuable cargo to be shipped to one of the isles. And Mr. Pusey's disastrous error is in allowing, through a misunderstanding, the cargo to be entrusted to the humble 'Maggie' with her crew of four. From Ealing Studios and the director of "The Man in the White Suit" and "Whisky Galore!" Originally released in the US as "High and Dry".