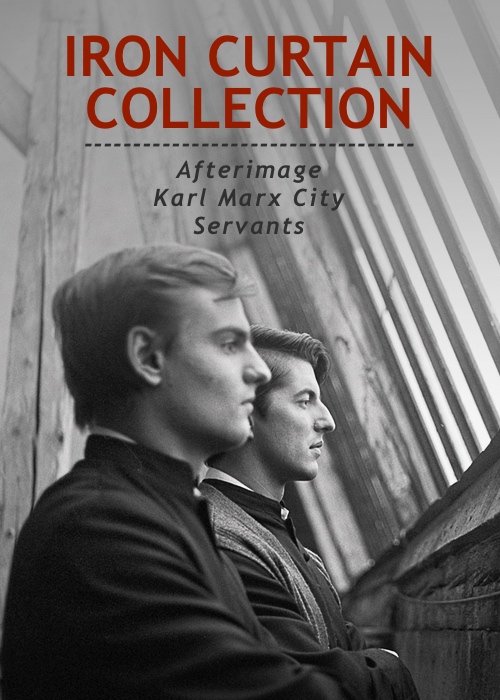 Film Movement’s Iron Curtain Collection explores the profundity of the Cold War and its far-reaching effects on Eastern Europe. Featuring the final film in the fêted career of Polish director Andrzej Wajda, a documentarian searching for answers about her family’s Stasi past, and a sinister tale of communism infiltrating the Catholic Church of Czechoslovakia.

KARL MARX CITY (2016, directed by Petra Epperlein and Michael Tucker)
25 years after the collapse of the GDR, filmmaker Petra Epperlein returns to the proletarian Oz of her childhood to find the truth about her late father’s suicide and his rumored Stasi past. Reconstructing everyday GDR life through declassified Stasi surveillance footage, the past plays like dystopian science fiction, providing a chilling backdrop to interrogate the apparatus of control and the meaning of truth in a society where every action and thought was suspect.

SERVANTS (2020, directed by Ivan Ostrochovský)
In Czechoslovakia, 1980, the Communist regime demands allegiance from all its subjects. Michal and Juraj, students of a theological seminary, must decide if they will collaborate with the government or becoming targets of the secret police.