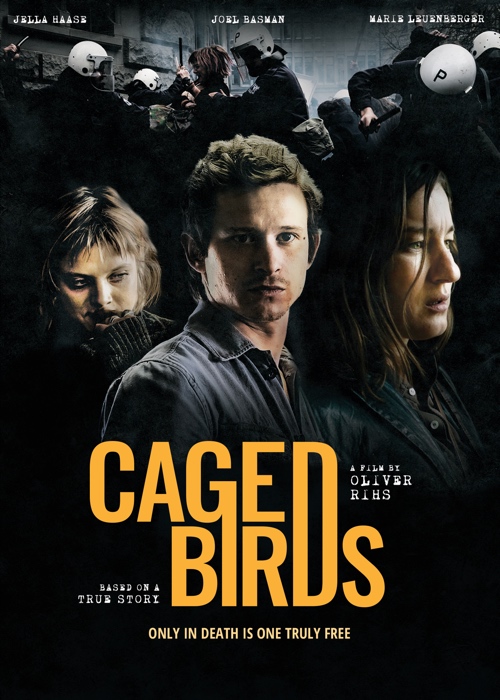 In CAGED BIRDS, Barbara “Babs” Hug (Marie Leuenberger, The Divine Order) is a young radical lawyer fighting Switzerland’s antiquated prison system in the 1980s, and finds it to be an endless, draining battle. One day, she’s approached by the country’s most wanted criminal, Walter Stürm (Joel Basman, The Monuments Men), in a public square. Intelligent and sensitive, “Walti” –nicknamed “The Jailbreak King” -- isn’t your average criminal, as he’s recently escaped from prison for the seventh time. He’s also a Robin Hood-like figure and Swiss counter-cultural icon, taunting the establishment with outrageous thefts and media savvy. Babs quickly sees an opportunity to use his popularity to reform the penal system, and they form an unlikely alliance. That plan, however, goes awry when the unpredictable Stürm uses his newfound freedom to commit another crime, and soon finds the authorities closing in. Using her connections, she finds the charming criminal temporary refuge with a militant organization, and takes him on as a client. Stürm, however, has a very different ideology of freedom, and proves to be far more difficult to manage than she ever realized.