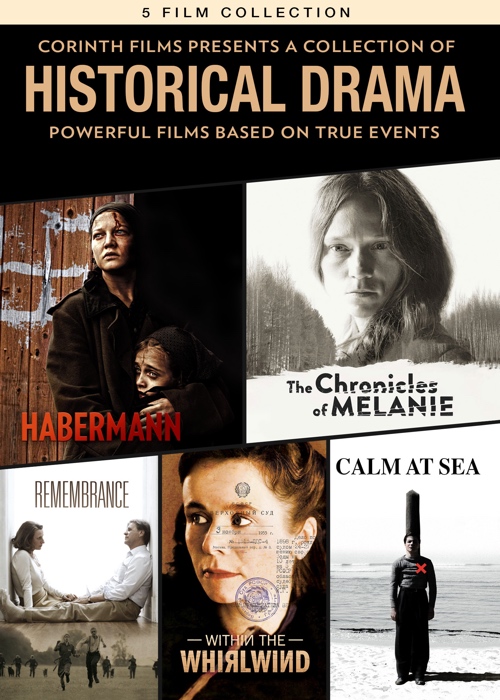 European History is a big part of international arthouse cinema. Our collection of 5 important historical drama films tell of events based on true stories from German, Poland, Russia/Siberia, Latvia, France and the Sudetenland. Remembrance is a love story that starts in a concentration camp and perseveres into a bitter-sweet reunion in the 1970’s. Within The Whirlwind is the story of Eugenia Ginzburg, a Russian literature professor who survived 10 years in a gulag after being swept up in Stalin’s purges and lived to tell about it. Based on the book “Suddenly a Criminal: 16 Years In Siberia,” The Chronicles of Melanie tells the story of Melanija Vanaga’s sudden separation from her husband and exile to Siberia for 16 years at the hands of Communist revolutionary forces. Calm At Sea immortalizes the young French militant Guy Môquet, who defied the Nazis in occupied France, and Habermann tells the tale of August Habermann, a business owner in the German Sudetenland who tries to protect his workers from the invading Nazis and is ultimately set up and betrayed. These stimulating films will help to broaden one’s understanding of European history and feed a deeper appreciation of world culture.