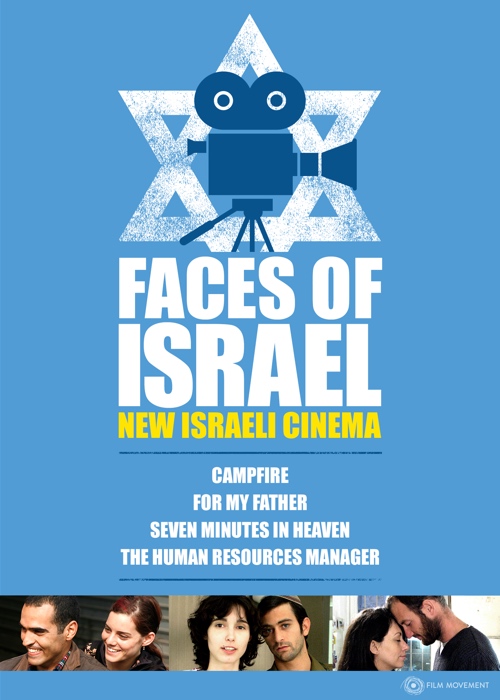 In the last decade Israeli cinema has grown in both volume and quality, becoming a major presence at international film festivals and at the box office. The boxed set FACES OF ISRAEL collects some of the most enlightening and award-winning recent films from the country, highlighting the themes and issues that are intrinsic to its national identity. The set includes:

Campfire (2004), Israel's Academy Award selection for Best Foreign-Language Film, written and directed by Joseph Cedar, about a widowed mother who moves from Jerusalem to the West Bank

For My Father (2008), Dror Zahavi's drama about a suicide bomber whose deadly mission goes awry

Seven Minutes in Heaven (2008), Omri Givon's story of a young survivor of a terrorist attack

The Human Resources Manager (2010), Eran Riklis' tragicomedy about the title executive trying to save the reputation of Israel's largest industrial bakery business.