They Stole the Bomb 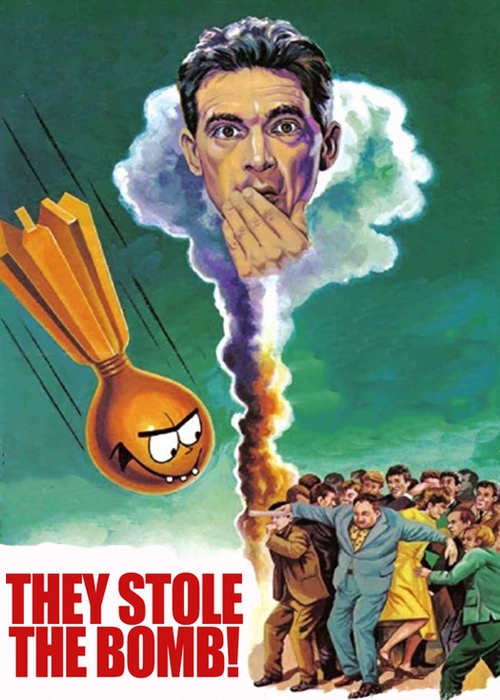 Made without dialogue, They Stole the Bomb is a Romanian science fiction spy comedy, with a blend of pantomime, slapstick, visual gags and the occasional verbal noises delivered in the style of Mr. Bean. The story centers around a criminal gang of Runyanesque hoods who steal an atomic bomb, only to have it end up in the hands of a man, who has no idea the satchel he's carrying around town contains a deadly device. Hilarity abounds, as the petty thieves attempt to retrieve the device and end up battling with the military over ownership.