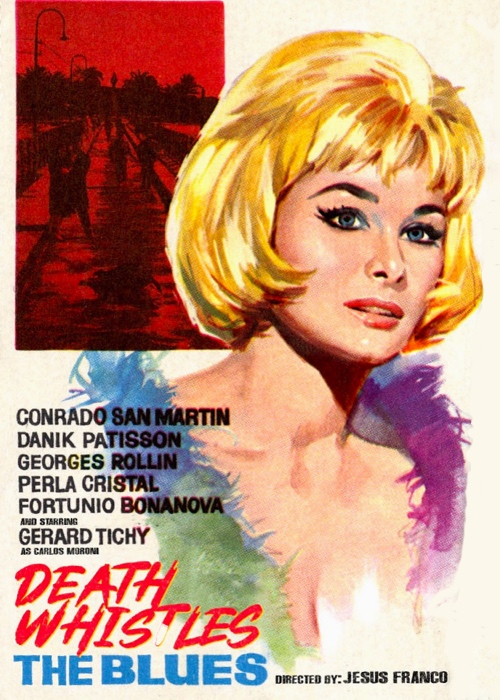 Following his international breakthrough with THE AWFUL DR. ORLOFF, director Jesús Franco delivered a startling crime thriller that pistol-whipped European notions of film noir while lighting the fuse on Uncle Jess' own insane aesthetic. Set in New Orleans and based on a novel by the authors of VERTIGO, DEATH WHISTLES THE BLUES is a hard-boiled tale of betrayal, violence and revenge featuring smoky jazz compositions by Franco himself. The film - which led an impressed Orson Welles to hire Franco as his assistant on CHIMES AT MIDNIGHT - now features an HD scan from the original negative for the first time ever.